You know who they are….those aggravating individuals. They range from rubbing you the wrong way to openly critical or aggressive toward you. They are in our families as the ornery sibling or the obnoxious in-law, sometimes it’s our friends that get an attitude, cross a line or demand too much from us, at work it’s the boss who is too demanding or a co-worker who shirks responsibility or points fingers at everyone but themselves, at church they are the shamers and judgers with no room to talk, at restaurants it’s the loud table in the middle of the room or the arrogant staff member, and it is those strangers in line with us at any store or event that takes us out of our comfort zone experience.

They can be anywhere. And they show up with a regularity that is freakishly amazing.

When I was working in the corporate world, it seems there was that one person at every job that got under my skin. They were different people, in different organizational positions from me with different agendas at each job. They showed up as a boss, a co-worker or a representative of another department that I had to work with. And they thought I did things wrong and I thought they were a$$holes.

It takes two to tango.

If you need an adversary to hold up one side of an argument for you, someone will show up and carry on the other side of the dispute. As soon as you let go of the difficulty–the anchoring emotion, the other person will “lose interest”. This all happens at a subconscious level, of course, the undercurrent of conversation below speaking and listening.

You just have to break the cycle by letting go of your side.

I’ve seen this work time and again with spouses and pairings of all sorts. The client is “going crazy” when “they do that“, “they know I don’t like it, so why do they do it?” The client has a Emotional Resolution session to work on this specific antagonistic situation. And things change.

The client no longer has the embedded emotion that is “clinging to the story”. It’s almost like they forget about the recurring problem until I mention it at a later time. And the spouse “just doesn’t do it anymore,” is commonly in the result. At first I thought the anecdotal stories brought back to me by clients were small coincidences, entertaining to be sure. But they have happened with such regularity, that now I expect to hear them.

Letting go of emotions that power disagreements, that we brush off as “part of dealing with other personalities”, may seem trivial in the grand scheme of things. But imagine having a home, workplace, school, church, etc where you didn’t have that someone(s) that drives you crazy with their arrogance, controlling attitude or whatever. It would take so much stress out of our lives.

Emotional Resolution uses your situation, the scene of interaction with your antagonist, as its entry point. With this mental image, the emotional memories that are trapped in body are accessed and resolved. You don’t have to know where or how the emotions got trapped there. You don’t even have to name the emotion. You just have to know the situation that you don’t want in your life anymore, and the specific and precise protocol for Emotional Resolution does the rest. It is literally a reset button.

Are you ready to release your side of the story? 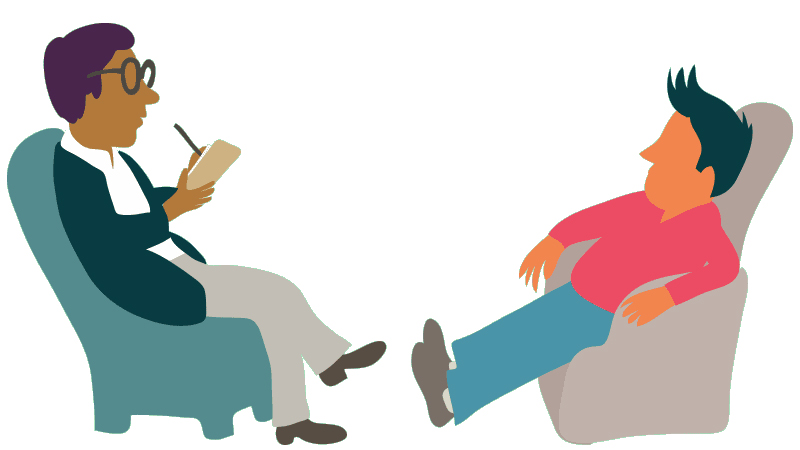 The short-answer is No.

Therapy or Psychotherapy is a process where a trained professional uses verbal and psychological techniques to help their client tackle specific or general problems such as a particular mental illness or a source of life stress by exploring their cause and effect on the client’s life and behavior[1]. There are many facets and techniques employed by therapists, but generally it requires a great deal of commitment from the client and there is a significant relationship between the therapeutic alliance and therapy outcome[2]. Psychotherapy is an cognitive and mental exploration of the reasons behind the issue and applies further cognitive and mental techniques to work the problem.

The Emotional Resolution or EmRes session is a process conducted by a trained professional that calls on emotional memories in the body and discharges them. Subconscious and unresolved emotions are in play when we experience highly charged situations and interactions with ourselves and other people. Somatic sensations are sparked when we recall those situations, giving us direct access to them for resolution. Emotional Resolution sessions resolve the root(s) of these emotions immediately, without having to know their origin or history.

Therapy and Emotional Resolution are highly compatible and complimentary. In all work to better our lives and behaviors by unraveling emotions, we pass through a series of steps:

A therapist or counselor can help sort out confusing and complex history, behavior and wounds. They can help bring perspective and awareness to our murky past. But once responsibilities and emotions become clear, and the emotions themselves need to be cleared away to relieve the suffering, then Emotional Resolution is the most efficient way through.

Emotional Resolution Protocol is a very specific and precise series of steps. It is literally the clearest and calmest way you will ever find to deal with emotions: no history, not triggering, no justification, no self-examination or judgement, no soul-crushing reliving, no emotional backlash from the retelling. Seriously, many times sessions are like giving a semi-animated description of what you had for lunch yesterday. It doesn’t change your history, but it does change how you feel about it and how you will feel about it in the future and, most importantly, how you will feel and act in a similar situation the future.

The body is doing all the work!

Our bodies have a natural capacity to resolve the emotions that are embedded in them, lodging there in times of high stress or trauma. And our bodies know how to access the subconscious emotion: by their physical sensation signature. The Emotional Resolution protocol capitalizes on this ability as we first recall the troubling situation, then directs us to the emotional memory as a prompt for the body to do it’s work. The body resolves the emotional imprint and we are set free from triggering cycle.

Understanding and accepting our emotional script and changing it are two different things.

If you are ready to change the emotional script that drives your life, then Emotional Resolution session will work for you.

Your Body is ready, Are You?

References
1. Therapy
2. The Benefits of Psychotherapy

I ran across this meme yesterday and I LOVED IT!

Did you really have a bad day or did you have 10-20 minutes where you let your thoughts run undisciplined which led you to a bad vibe that you let carry you away. Come on… you run this [show]. Pay attention.
–www.facebook.com/enlightenedc

The truth is that is exactly what happens. Most of our “bad days” are moments of “trauma/drama” that we keep replaying in our minds, and by doing so, let those moments pollute the rest of the day.

The main reason those memories keep resurfacing is that the emotional memory is embedded in our bodies. Once triggered it can reverberate… echoing thru the day, reminding us of the situation, the emotion and infecting any neutral state of joy we can conjure.

We can search for and try to come to terms with where the original emotional injury happened–in our childhood or wherever; What physical or emotional trauma happened to us that is now echoing into the present? But intellectual understanding of an emotion does not resolve the emotional issue. Acknowledging the abuse received, for instance, does not resolve the echoing pain. The pain and the emotion remains — waiting for the next triggering event.

Or we can turn to metaphysical and spiritual answers. “This is karma or part of my soul contract.” “My right foot hurts because I can’t find a way to move forward”. Again, interesting information, but it doesn’t actually resolve the emotion. It still lies in wait for the next situation that is similar enough to spark the emotion again… reminding you to move forward?

Our bodies innately understand how to process emotions. In certain situations, the body is overwhelmed and the emotion gets stuck. These embedded emotions are the ones that will repeat and echo into our future lives. This is literally “the baggage” that makes our reactions to current situations larger then necessary –over the top.

So what is the alternative; How do we “fix” this?

Emotional Resolution  is a very specific protocol that funnels the emotion back thru the body, in a fully conscious and calm setting, The body can then metabolize the emotion, resolving it permanently.

I know, permanently is a big word to use. But when the roots of the emotion are gone, they are gone. There is nothing embedded in the body to trigger, emotion-wise.

And one of the best parts is that you don’t have to know where the emotion came from, how long it’s been there, or its meaning in the grand scheme of life. You don’t even have to know what the emotion is exactly. This is a blessing for the many of us who have tried hard all our lives to avoid/escape emotions we feel. Name it? We often have no idea what we’re feeling.

There are two great options for Emotional Resolution (EmRes):

So the next time you have 10-15 minutes of angst that vibrates thru your day, consider an Emotional Resolution session to set you right.